Ayahuasca and magic mushrooms are two natural psychedelics that are becoming increasingly popular. Research suggests that they have a range of therapeutic benefits. These findings have led to greater acceptance of these potent substances in recent years.

So, how do they work, what are their effects, and is one better than the other? We take a look at the similarities and differences in this head-to-head comparison. Read on for our complete guide to ayahuasca vs. mushrooms.

The term ‘magic mushrooms‘ refers to any fungus that contains the active compound psilocybin, or its derivative, psilocin. There are at least 180 different species that grow in various regions around the world. People often refer to them simply as ‘shrooms.’ 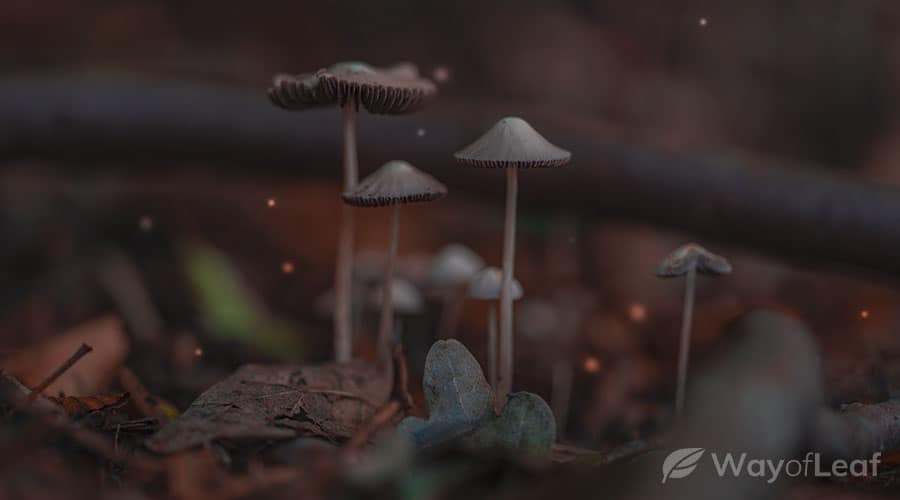 Humans have used magic mushrooms recreationally and ritualistically for thousands of years. However, it is only in the last few decades that we have become aware of their therapeutic potential. Modern research suggests that psilocybin could help with a variety of conditions, including:

Scientists are also exploring the potential of psilocybin as a treatment for cluster headaches and migraines.

Ayahuasca is a psychedelic brew that originated in the Amazon. Indigenous people there have used it for centuries for spiritual and ritualistic purposes, and it is now becoming popular elsewhere.

Research into ayahuasca’s benefits suggests that this combination may be useful for treating depression and addiction. It may also promote a process known as neurogenesis, assisting the growth of new brain cells.

Let’s take a closer look at mushrooms vs. ayahuasca in terms of these active components.

As we mentioned, magic mushrooms contain the active compound psilocybin. This chemical has a similar chemical structure to serotonin and binds with its receptors in the brain. Primarily, psilocybin binds with serotonin receptors known as 5HT2A to produce its psychedelic effects.

The chemical make-up of ayahuasca is far more complex than that of mushrooms.

When we look at the active compounds of ayahuasca vs. psilocybin, there are some significant similarities. However, the chemical make-up of ayahuasca is far more complex than that of mushrooms.

What Is the Active Chemical in Ayahuasca?

Some would consider the most important ayahuasca chemical to be DMT. Like psilocybin, it binds with 5HT2A receptors in the brain to produce its effects. It also binds with other receptors, such as sigma-1.

However, unlike psilocybin, the body breaks down DMT very rapidly. In its pure form, the drug’s effects last just 15–30 minutes. The other ingredients in ayahuasca prolong the DMT’s effects significantly. They can extend the experience for as long as 5–8 hours. The compounds responsible for this are:

These chemicals work by inhibiting the enzyme monoamine oxidase (MAO), which is responsible for metabolizing DMT. Moreover, these MAO inhibitors slow the breakdown of crucial neurotransmitters like serotonin, contributing to ayahuasca’s antidepressant properties.

So, while DMT is unquestionably a critical component of ayahuasca, its other ingredients also play a vital role.

Since both ayahuasca and magic mushrooms interact with 5HT2A receptors in the brain, they produce somewhat similar effects. However, there are some subtle differences too.

Physical and Mental Effects of Ayahuasca

People tend to take ayahuasca for its mental effects. It produces perceptual alterations and enhances the mood.

In particular, DMT is famous for inducing mystical experiences that some people describe as a spiritual awakening. Many describe a greater sense of connection to other people and nature. It can also increase one’s rate of thinking and provide insight into personal matters.

Ayahuasca can also cause auditory and visual hallucinations, including:

Many people enjoy these psychedelic effects. However, some ayahuasca effects are less desirable. They include feelings of disorientation and anxiety. The brew can also cause various physical side effects, such as:

Moreover, some of the most common ayahuasca side effects include nausea, vomiting, and diarrhea. However, many people view these effects as cleansing or cathartic and consider them an integral part of the experience.

These effects begin within 30–60 minutes of consuming ayahuasca, peaking after 1–2 hours and lasting 5–8 hours in total.

Related article
How Do I Choose an Ayahuasca Retreat Center? [Explained]

Magic mushrooms’ effect on the mind is quite similar to that of ayahuasca. They tend to amplify whatever mood an individual is in when they take them. Therefore, using mushrooms while in a negative frame of mind could result in a challenging experience, colloquially known as a ‘bad trip.’

However, consuming mushrooms while in a good mood can induce feelings of euphoria, relaxation, and connection. Like ayahuasca, magic mushrooms can alter one’s sensory perception, causing a variety of psychedelic effects, including:

The physical side effects of psilocybin include:

These effects begin 20–60 minutes after ingestion, peaking at 1–2 hours and lasting 3–6 hours altogether.

Ayahuasca vs. Mushrooms: Safety and Legality

While both substances are relatively safe, there are a few precautions to consider. As well as the side effects we listed above, both ayahuasca and magic mushrooms can interact with other drugs. 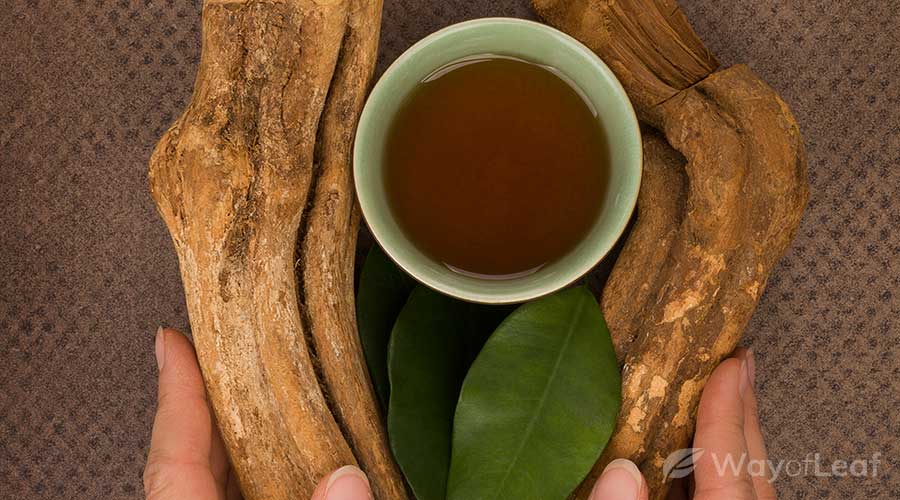 For example, it is potentially dangerous to consume mushrooms alongside drugs that affect the central nervous system. These include alcohol, Adderall, Xanax, and some antidepressants. Meanwhile, the list of drugs that interact with ayahuasca is longer still. It includes:

Ayahuasca can also cause an adverse reaction with certain foods, including:

Therefore, experienced users recommend fasting for 12 hours before using ayahuasca. Individuals taking prescribed or over-the-counter medicines should consult a knowledgeable physician or abstain from psychedelic use.

Aside from this, perhaps the most significant problem associated with these drugs is the risk of having a challenging trip. Not only can this be uncomfortable, but it could also cause individuals to place themselves in physical danger.

It is vital to prepare correctly before ingesting any psychedelic to reduce the chance of this happening. It is especially important to pay attention to one’s mindset and the environment in which the experience takes place.

It is especially important to pay attention to one’s mindset and the environment in which the experience takes place.

Having an experienced and trustworthy individual on hand to provide support is also advisable. Ideally, this should be a professionally trained and licensed therapist. Beware of illegitimate ayahuasca retreats where self-proclaimed ‘shamans’ have been known to take advantage of their clients.

Finally, it is essential to note that both psilocybin and ayahuasca are illegal in most places.

However, there are some exceptions, such as ayahuasca use as part of specific religious ceremonies. To learn more, see our related articles below:

We hope we have answered all your questions about shrooms vs. ayahuasca. If we’ve missed anything, let us know down in the comments.