Medically reviewed by Lynn Marie Morski, MD, Esq.
Written by Dylan Baker, B.S.
4 min read
0 comments
Read Later
The following is for informational purposes only. WayofLeaf does NOT advocate the illegal sale, use, or possession of any psychedelics. Be sure to research, understand, and follow all laws and regulations relating to the use and possession of psychedelics in the state or region you live.

Trying to find an accurate answer to the question “how long do shrooms stay in your system?” Unfortunately, this topic is not straightforward. It depends on various factors, and is also dictated by the type of drug test involved.

Some people are curious simply because they want to know how long the high will last. Others are concerned about shrooms in their system due to drug screenings. This article outlines various factors that determine how long magic mushrooms remain in the system. It also discusses the possible drug tests that a user may receive.

How Long Do Shrooms Stay in Your System?

If you have shrooms in your system, psilocybin and psilocin are the substances of greatest interest. There are at least 140 species of mushrooms that contain the psychedelic compound psilocybin, which is now decriminalized in Oregon and several countries around the world. There are also nations where types of psilocybin are completely legal. 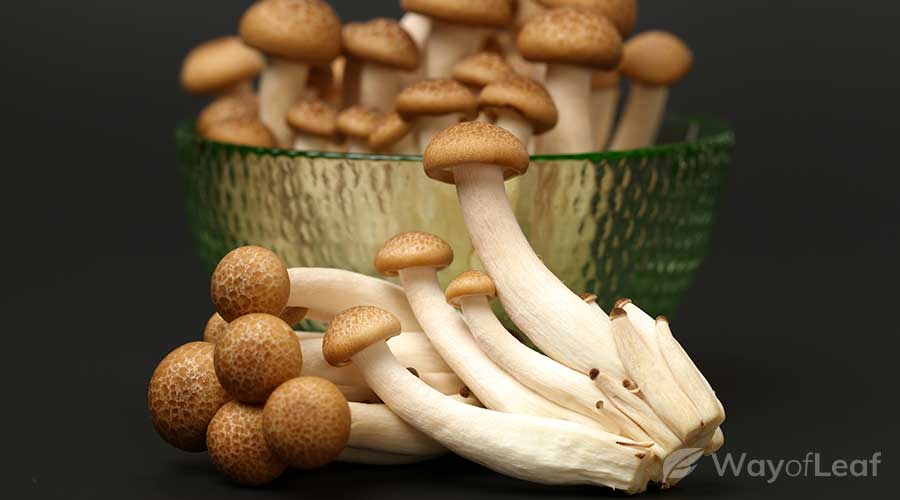 However, in general, the use of mushrooms is still illegal. The practice can also lead to an employment contract termination if the drug shows up on a screening.

Unfortunately, there is little reliable data to go off of when it comes to how long shrooms stay in your system. Most users feel the effects of mushrooms within 30-45 minutes, and the psychedelic experience can last 4-6 hours on average (though this is variable according to the user). The milligram amount of psilocybin consumed also will impact the intensity and duration of the trip.

Unfortunately, there is little reliable data to go off of when it comes to how long shrooms stay in your system.

We also know from Neuropathology of Drug Addictions and Substance Misuse that the elimination half-life of psilocybin is 160 minutes, and for psilocin, it is 50 minutes. Based on these numbers, it would take approximately four hours for 95% of psilocin to leave the blood, compared to 13 hours for psilocybin.

As we mentioned above, drug screenings can detect psilocybin (and other hallucinogenic compounds) after the psychedelic trip from magic mushrooms has passed. However, no direct evidence exists to suggest a precise timeframe.

That being said, it’s likely various factors influence the rate at which psilocybin is eliminated from the body. Such factors may include:

Dose: Those who use large, frequent doses will have a longer detection time than individuals who microdose.

Genetics: A person’s genetic make-up influences the rate at which the body processes psilocybin.

Health Status: Someone with healthy functioning organs will metabolize substances faster than a person with a health issue that impacts the body’s operations. This is particularly the case with kidney or liver disease.

Age: Our metabolism slows down as we grow older. Therefore, on average, a 60-year-old will have a longer detection time than when they were 40 years old. Also, individuals aged 65+ often have reduced blood flow to the liver and kidneys. This can delay psilocybin excretion.

Mushroom Species: Certain types of mushrooms contain more psilocybin than others. For instance, Psilocybe azurenscens can contain up to 1.76%. Psilocybe liniformans, in contrast, only has approximately 0.16%.

Type of Drug Screening: As we outline below, one form of drug screening may detect psilocybin for longer than another.

Lifestyle: Physically active people tend to have faster metabolisms, which speeds up the excretion process. Consuming water may also slightly accelerate the process. However, it is unlikely to be the difference between passing and failing a drug test.

Regardless of the above factors, it is unusual for psilocybin or psilocin to remain in the system for over 24 hours.

Do Shrooms Show Up on a Drug Test?

Again, this is a challenging question to answer. There are a wide variety of drug tests on the market, with differing levels of sensitivity. So to answer the question ‘do shrooms show up on a drug test,” unless it is a very specialized test, the answer is no. 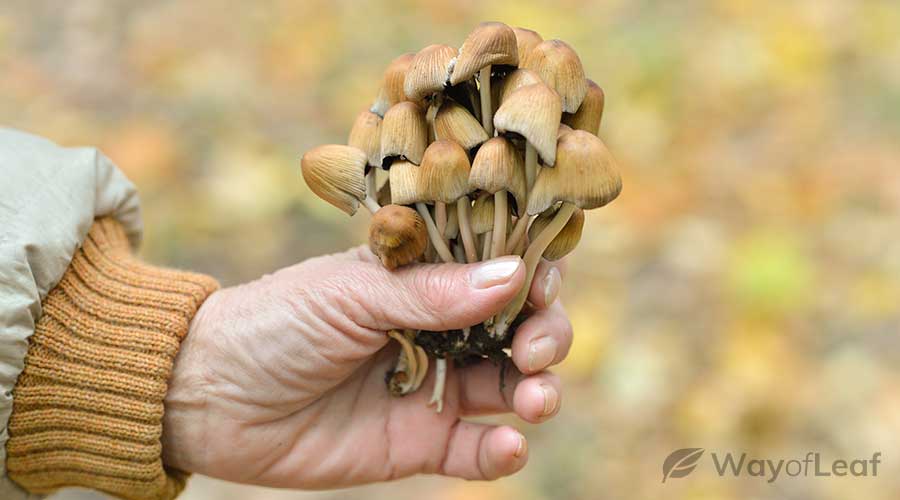 There are screenings of this nature, but they are extremely expensive. As a result, few companies bother to perform them. Instead, they stick with traditional screenings such as urinalysis tests, which are unlikely to detect the presence of psilocybin and other magic mushrooms compounds.

Up until recently, a mushroom drug test was a rarity. However, the increase in usage means a greater demand for a specialized psilocybe drug test. Cansford Labs is a UK-based company intent on leading this particular field. The company announced that it was launching a test for psilocybin in July 2020.

Cansford has implemented a special hair strand drug test. According to the company, such testing is fast, accurate, and also finds other drugs.

There are also companies in the United States that offer special psilocin and psilocybin drug tests. These include NMS Labs, Health Labs, and Quest Diagnostics.

The increase in usage means a greater demand for a specialized psilocybe drug test.

Those who must submit to such a test will often find that it is a urinalysis rather than a hair follicle test. One theory suggests that drinking plenty of water before the test can increase the chances of a negative test result. In reality, it won’t make much of a difference. Excessive hydration could also result in invalid tests rather than a pass.

Health Labs says it tests urine via a liquid chromatography/mass spectrometry test. The threshold is 1.0 ng/ml. If the first test is positive, Health Labs performs a second test at the same threshold.

Final Thoughts on How Long Shrooms Stay in Your System

There is no clear answer to how long shrooms stay in your system. Or, rather, how long psilocin is detectable. Several factors are considered, including dosage, consumption method, age, weight, metabolism, and the type of test that is being administered.

There are a growing number of special tests designed to detect psilocybin and psilocin in hair and urine. While it is unlikely that a company will pay for such an expensive test, it is still something to consider.

Can you trust that test?…

Silene capensis, also known as African dream root, is a plant that enhances the power of dreams and has a long history of use by the native Xhosa people of South Africa, who regard the plant as sacred. This article explores the traditional uses and modern-day research about the root and offers a guide if […]

How to Trip Sit for Family & Friends

A trip sitter is someone who accompanies a person while they’re on psychedelics. Usually, this person is a close friend or family member who has had previous experience with the drug but remains sober throughout the trip. The job of the trip sitter is to support the mental and physical safety of the tripper without […]

What are the benefits?

Psychedelics and Aphantasia: The Connection Explained

How could they help?

Natural Hallucinogens: What Are the Options?

Datura Stramonium: Is It a Hallucinogen?

What Is a Bad Trip? [Fully Explained]

Preparing for a First Psychedelic Trip [All You Need to Know]