Written by Natalie Saunders, B.A., LicAc
4 min read
0 comments
Read Later
The following is for informational purposes only. WayofLeaf does NOT advocate the illegal sale, use, or possession of any psychedelics. Be sure to research, understand, and follow all laws and regulations relating to the use and possession of psychedelics in the state or region you live.

As evidence regarding psilocybin’s potential benefits continues to emerge, a growing number of people are becoming interested in growing magic mushrooms.

Although the practice is federally illegal and psilocybin remains a Schedule I substance, magic mushroom spore kits are widely available online. This has left many people questioning the legality of growing magic mushrooms from spores and the possible ramifications.

This article explains the laws surrounding buying magic mushroom spores and where to find them.

Please note: the following content is for educational purposes only. We do not condone or encourage any form of illegal activity, and individuals are responsible for researching the relevant laws in their area.

What Are Magic Mushroom Spores?

Many people compare mushroom spores to a plant’s seeds. They contain genetic material and allow a fungus to reproduce.

A single mushroom can produce billions of microscopic spores. They develop in specialized structures on a mushroom’s gills or pores. Once the spores are mature, the mushroom releases them, and the breeze or wildlife transports them. 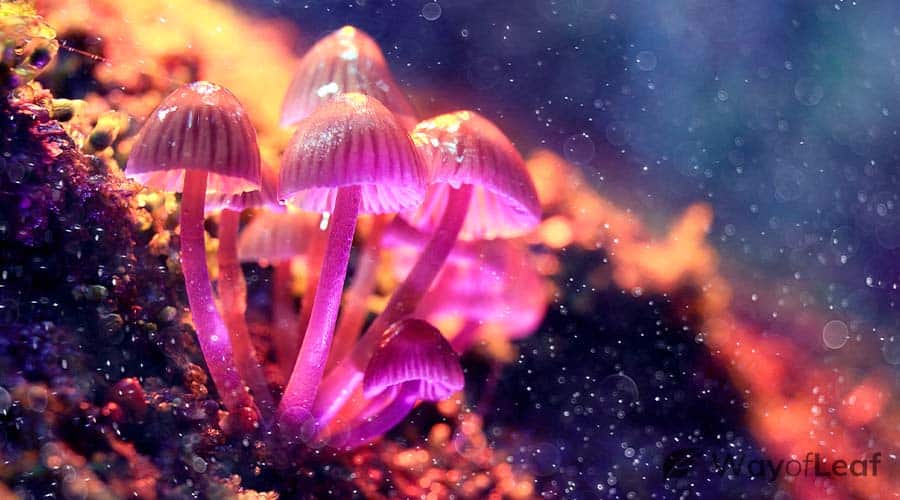 When the spores settle on a suitable surface, they germinate, sending out strand-like structures called hyphae. Multiple hyphae join together to form a network of mycelium. This mycelium grows larger and denser as it consumes nutrients from its surroundings. Eventually, when the environmental conditions are right, it produces mushrooms.

The term “magic mushroom spores” can refer to the spores of any species of psychoactive, psilocybin-producing fungus. It is most commonly used to describe spores from members of the genus Psilocybe, such as P. cubensis, P. semilanceata, P. cyanescens, etc.

P. cubensis is one of the most widely available varieties. There are numerous different cubensis strains, including Golden Teacher, Penis Envy, Koh Samui, and many more.

Psilocybin is a Schedule I substance in the United States and is federally illegal. Although a few regions have moved to decriminalize the drug, this is a far cry from full legalization. One exception is Oregon, which recently legalized psilocybin for supervised medicinal use.

Despite the prohibitive laws surrounding psilocybin-containing mushrooms, their spores are legal in most states.

However, despite the prohibitive laws currently surrounding psilocybin-containing mushrooms, their spores are legal in most states. It is only illegal to grow them. Therefore, purchasing and possessing spores is generally permitted for study under a microscope or as a collector’s item.

The only states where the sale and possession of spores are explicitly banned are California, Idaho, and Georgia. Laws in the remaining 47 states are more relaxed.

Magic mushroom spores are also legal in Canada and many parts of Europe.

Is There Psilocybin in Spores?

Magic mushroom spores are legal in many places because they do not contain any psilocybin. The psychedelic compound is only present in the mushrooms themselves as they grow.

Since only the psilocybin-containing parts of the mushrooms are illegal, it is permissible to possess the spores. Individuals are only breaking the law if they germinate the spores and produce mushrooms.

The exceptions to the rule are California, Idaho, and Georgia, where spores are illegal, even in their ungerminated form.

How to Grow Magic Mushroom Spores

As we have explained, cultivating magic mushrooms is illegal. Although we do not condone this activity, we accept that people will engage in psychedelic use regardless of the law. 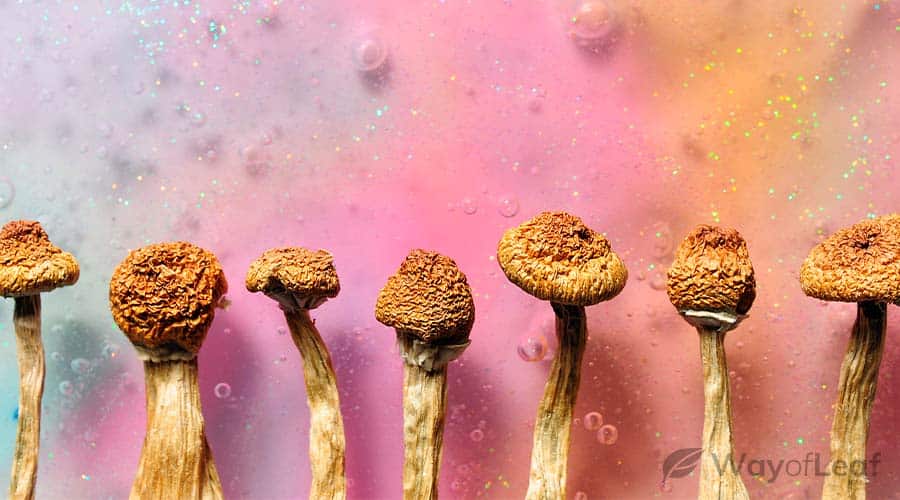 Growing magic mushrooms is safer than picking them in the wild, where they could be confused with poisonous look-alikes. Therefore, we have summarized the process below for the purpose of education and harm reduction.

The above steps are a very brief overview of a lengthy and complex process. There are also many alternative ways to grow magic mushrooms from spores, and the steps can vary significantly. To learn more, check out our related articles:

Where to Buy Magic Mushroom Spores

Buying magic mushroom spores is relatively easy. There are a vast number of companies online selling them for “microscopy use.” However, when browsing online forums, there are a few names that come up over and over again.

FungusHead is a well-respected USA-based supplier that specializes in spore syringes. They have a relatively small selection at present, but the brand strongly focuses on quality. All of its syringes are laboratory tested with proven genetics. We love the fact that they offer mix packs with a selection of three strains, with beginner and advanced options available. The informative blog is another major plus point for this brand.

The company provides fast and discreet shipping, with orders estimated to arrive within 5-7 days. They even accept cryptocurrencies for extra security.

Ralphsters Spores is another highly rated vendor and has been praised by many as an affordable and reliable choice. The website has an enormous selection of spore prints and sells accessories such as empty syringes.

It is an international company and ships worldwide. Orders to the USA are sent via USPS regular or priority for an extra fee. However, it seems that the company only takes in-mail payments at present, which some people may find off-putting. The website states that customers should allow 3–10 days for orders to reach them and a similar time frame for shipping.

What you need to know…

Sporeworks is another vendor that comes highly recommended. They sell spore prints and syringes, microscopy supplies, and mushroom cultures. Furthermore, they offer medicinal and gourmet varieties in addition to magic mushroom spores. They have been trading since 1998.

It is a USA-based company and is not shipping internationally at the time of writing. They accept various payment methods, including in-mail, credit card, and cryptocurrency. The estimated shipping time is 3–5 days.

Spores101 is another respected brand that delivers to the USA and Canada. They provide spore prints, syringes, and liquid cultures. They also sell grow gear, but remember, while magic mushroom spores are legal, cultivating them is not!

Orders can be placed via the website’s payment portal. There is free shipping on orders over $100, and all shipments come with tracking and insurance. The company aims to dispatch orders within 48 hours of receiving them.

Magic mushroom spore kits are widely available, and it is easy to purchase them online. However, while magic mushroom spores are not illegal, growing the mushrooms is. Therefore, they are usually marketed for microscopy and study use only.

Some regions have decriminalized possession of small amounts of magic mushrooms but they are currently in the minority.

While some regions have decriminalized possession of small amounts of magic mushrooms, they are currently in the minority. The above information is for educational purposes only, and individuals are responsible for researching the relevant laws in their area.

What Is Serotonin Syndrome?

Psychedelic Legalization: What You Can Do

Governments throughout the US are changing their laws around psychedelics and other illegal drugs. If, like many others, you want to see psychedelics become legalized, then read below. We’ve listed some of the ongoing state initiatives pushing for change and what you can do to get involved locally. WAYOFLEAF’S CHOICE – FungusHead If you’re looking […]

What Is the DMN, and Why Is It Important in Psychedelics?

What Is Ego Death (Ego Dissolution)?

What is it and why does it occur?

Psychedelics: Are They Legal in the USA?

3 min read
Join The Discussion
TOC
Premium
Your subscription has ended
If you love cannabis and want to support our site, join WayofLeaf Premium today and unlock
Best of all, part of your membership fee will go towards supporting the fight to legalize cannabis.
Sign Up for WoL Premium
Not now
I already have an account
×
Log in to Your Premium Account