More people are becoming aware of the potential benefits of magic mushrooms for anxiety.

Research suggests that these psychedelic fungi could reduce symptom severity and improve mental well-being with minimal side effects.

So, is there any science behind these claims, or are they just too good to be true? Let’s take a closer look.

Magic Mushrooms and the Brain

Magic mushrooms contain a substance called psilocybin. In moderate to high doses, psilocybin causes psychedelic effects, including altered sensory perception, visual distortion, and heightened emotions. It also appears to produce antidepressant and anti-anxiety effects that can last for some time after ingestion.

Psilocybin produces these effects because it has a similar molecular structure to serotonin. This neurotransmitter has various crucial functions in the body, including regulating mood and the stress response. 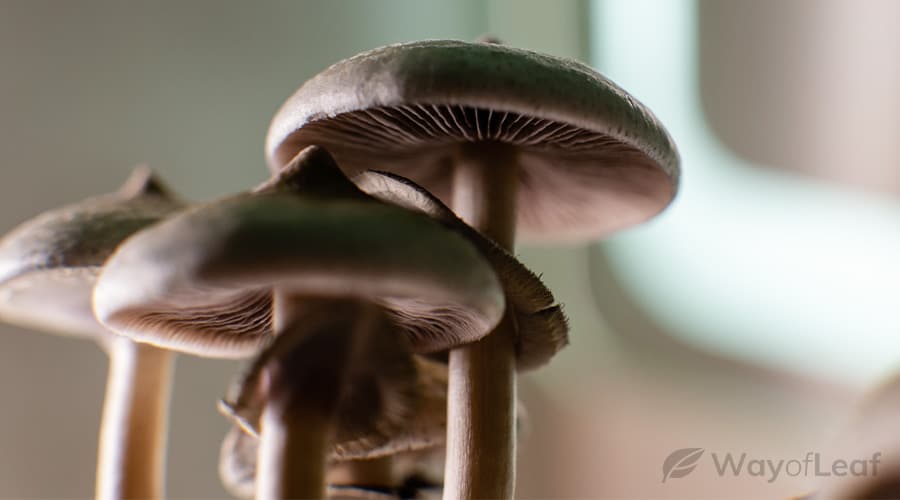 There are numerous cell receptors in the serotonin system, and psilocybin binds with three of them. It primarily affects 5HT2A receptors but also influences 5HT1A and 5HT2C receptors. Interestingly, the latter two appear to regulate anxiety-like behavior, at least partially explaining psilocybin’s anti-anxiety effects.

Finally, experts believe that psilocybin reduces activity in a system known as the default mode network (DMN). The DMN engages when we daydream, think about the past or future, and reflect upon ourselves. When it becomes overactive, the DMN could cause issues like overthinking, which often leads to unhappiness.

Research on Magic Mushrooms for this Ailment

Research into psychedelics ceased in the 1970s with their inclusion in the Controlled Substances Act. Therefore, few human studies exist into whether magic mushrooms can assist in depression, anxiety, and migraines, or any other conditions.

However, the limited clinical evidence that does exist is promising. A 2017 review for The Mental Health Clinician included studies into psilocybin for depression, anxiety, OCD, and addiction. The results were mostly positive, although the studies themselves were small, warranting further research.

Furthermore, a 2017 article in Harm Reduction Journal found that psychedelics could relieve and reduce the frequency of migraines and cluster headaches. These findings are significant since these debilitating disorders are often resistant to conventional treatments, causing desperation among those that suffer from them.

In the medical world, cure is a dangerous word. It implies a complete resolution of symptoms, and there are very few conditions where this is realistically possible.

In many cases, the most a treatment can do is reduce a patient’s symptoms enough that they can live a fulfilling life. Furthermore, patients often need to employ a variety of treatments to obtain optimal relief. Anxiety is a prime example.

Taking psychedelics in a controlled, therapeutic environment could potentially help. However, it is important to exercise caution when using anxiety medicine and magic mushrooms together.

Among the most common anxiety treatments are antidepressants called selective serotonin reuptake inhibitors (SSRIs). Since both SSRIs and psilocybin act upon the serotonin system, drug interactions are a possibility.

Anyone curious about using psychedelics for anxiety and currently taking antidepressants should consult a physician for further advice.

Can Magic Mushrooms Cause Anxiety?

The relationship between magic mushrooms and anxiety is a complex one. Psychedelics tend to amplify whatever mood a person is in when they take them. Therefore, using magic mushrooms while in an anxious state could potentially make matters worse.

Although any increases in anxiety are likely to be transient, they could make for an unpleasant experience. Therefore, it is crucial to prepare well for a psychedelic trip, including fostering a positive mindset before ingestion.

It is possible to reduce the likelihood of experiencing anxiety while taking mushrooms by restricting the dose.

It is also possible to reduce the likelihood of experiencing anxiety while taking mushrooms by restricting the dose. A 2016 study into psilocybin for patients with cancer, anxiety, and depression demonstrated this phenomenon.

The study’s authors compared low psilocybin doses of 1mg or 3mg per 70kg of body weight with higher amounts of 22mg or 30mg per 70kg. They found that high doses induced anxiety in 26% of participants, but low doses only induced anxiety in 15%. Lower doses also significantly reduced the incidence of physical and psychological discomfort.

To maximize the benefits of psilocybin and minimize side effects, the practice of microdosing magic mushrooms has become more commonplace.

For anyone who would prefer not to experience a full, psychedelic trip with magic mushrooms, microdosing is a potential solution.

Microdosing involves taking very low doses of a substance so that its psychoactive effects are barely perceptible. 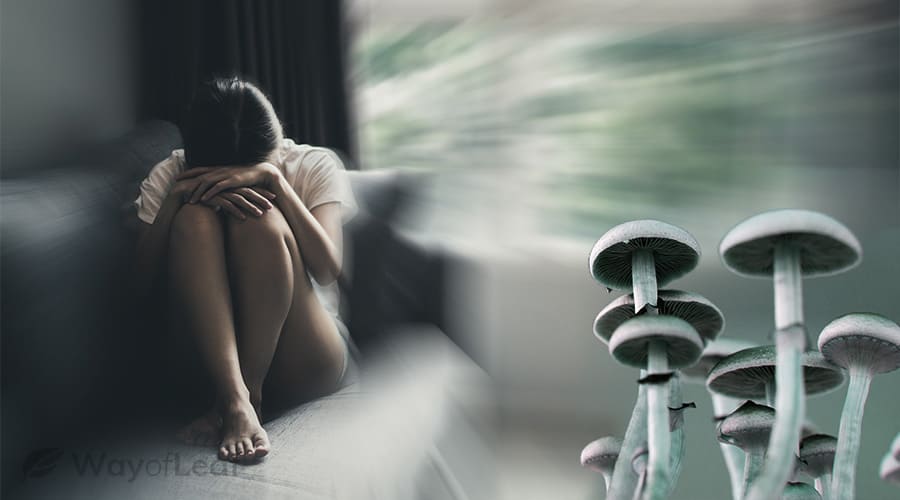 While research is slowly coming in, anecdotal reports suggest that microdosing psilocybin could have the following advantages:

Microdosing psychedelics reportedly helps to induce flow states, enhance performance, and encourage original thinking. However, it is essential to understand that there is currently little clinical research to back these claims.

It is also critical that anyone wishing to microdose magic mushrooms familiarizes themselves with their local rules and regulations. Psychedelics are still largely illegal, and it is readers’ responsibility to understand the specific laws in their area.

Want to Try Microdosing? Here’s How to Start with Mushrooms

For those who live in regions where microdosing with magic mushrooms is permissible, the process is relatively simple.

It is easiest to microdose with dried magic mushrooms. There are several ways to dry mushrooms, but the most efficient is to use a dehydrator.

If this is not possible, spread the mushrooms on parchment paper on a wire rack and dry them in an oven.

Set the oven to its lowest temperature, using a wooden spoon to keep the door open and allow air to circulate. Check the mushrooms periodically until dry (this may take several hours).

Whether using an oven or dehydrator, the mushrooms must be cracker-dry, meaning they snap easily with pressure. This step is essential because if any moisture remains in the mushrooms, they will be susceptible to mold.

Once thoroughly dry, grind the dry mushrooms to powder and store in a cool, dark, and dry place.

The precise amount that constitutes a microdose will vary from person to person. A good starting point is usually 0.1 grams. For comparison, the threshold dose for magic mushrooms is approximately 0.2–0.5 grams. A moderate dose is approximately 1–2.5 grams.

Gradually increase the dosage until mild effects, such as drowsiness, become apparent. Then reduce the amount slightly to achieve an appropriate microdose.

Many people prefer to use their mushroom powder to fill empty capsule casings for microdosing. This method makes consumption straightforward and masks the taste of the mushrooms, which can be unpalatable.

However, it is also possible to mix the powder into food or drink, preferably at the start of the day.

It is not advisable to microdose magic mushrooms every day. Doing so can lead to tolerance, whereby increasingly higher doses are necessary to produce the same effects.

There are different methods of scheduling for microdosing mushrooms. One method involves dosing for four days, then taking three days off before repeating. Another recommends dosing on Day 1, taking two days off, and then dosing again on Day 4.

Since people often still experience the effects of microdosing the following day, the latter technique may be preferable.

Early research suggests that magic mushrooms could potentially alleviate some anxiety symptoms. However, we still have a lot to learn.

Since magic mushrooms tend to amplify emotions, it is best to use them under supervision.

Since magic mushrooms tend to amplify emotions, it is best to use them under supervision, with professional support on hand if necessary. This is particularly important for anyone suffering from psychosis, schizophrenia, or severe anxiety.

It is advisable to undergo a psychological assessment before using magic mushrooms for anxiety, and only continue if safe and legal to do so.

4 min read
Join The Discussion
TOC
Premium
Your subscription has ended
If you love cannabis and want to support our site, join WayofLeaf Premium today and unlock
Best of all, part of your membership fee will go towards supporting the fight to legalize cannabis.
Sign Up for WoL Premium
Not now
I already have an account
×
Log in to Your Premium Account