Medically reviewed by Lynn Marie Morski, MD, Esq.
Written by Natalie Saunders, B.A., LicAc
4 min read
0 comments
Read Later
The following is for informational purposes only. WayofLeaf does NOT advocate the illegal sale, use, or possession of any psychedelics. Be sure to research, understand, and follow all laws and regulations relating to the use and possession of psychedelics in the state or region you live.

Magic mushrooms, sometimes known as “shrooms,” are psilocybin-containing mushrooms, especially members of the genus Psilocybe. People take them for various personal, spiritual, or therapeutic reasons, and research into their potential benefits is burgeoning.

Psilocybin is a powerful hallucinogen and can induce profound changes in one’s perception of the self and life in general. These changes can persist long after the initial experience, and a large proportion of users report lasting positive changes to their outlook, mood, and relationships.

Many experts also consider the long-term effects of mushrooms to be primarily beneficial. Their potential as a medical treatment is becoming more widely accepted, with some states even moving to legalize medicinal psilocybin. Doctors are beginning to recognize its usefulness for patients with addictions, anxiety, depression, cluster headaches, and more.

However, there is a dark side to magic mushrooms’ long-term side effects. While it is relatively unusual, some people experience adverse reactions that can persist for weeks, months, or years. This article explores some of the most common issues and how to reduce the risk of them occurring.

The Long-Term Effects of Magic Mushrooms

Many users report lasting positive changes after taking magic mushrooms or psilocybin. According to a 2021 publication, some of the most common of these include:

Unsurprising, many people rank their experience with mushrooms among the five most meaningful in their lives. However, for some people, mushrooms can precipitate persistent adverse psychological changes. 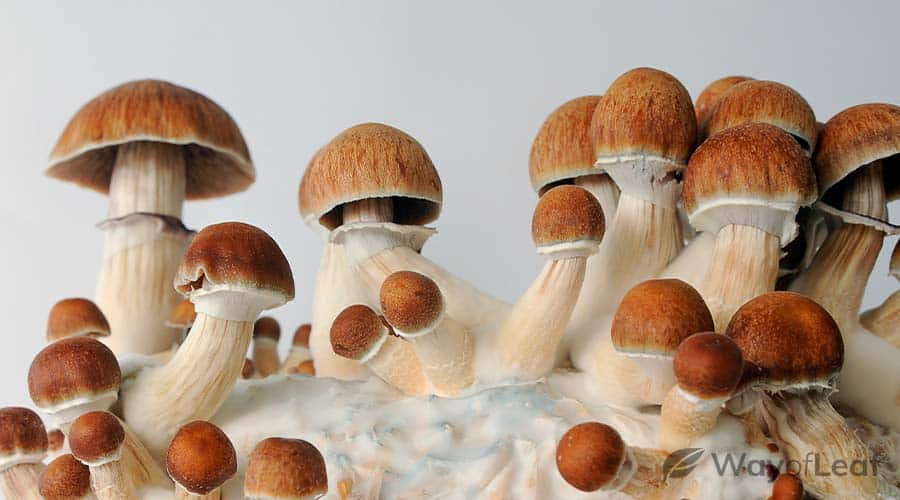 A 2017 study found that 24% of users experienced fear, anxiety, paranoia, depression, or other challenging emotions for a week or longer. Furthermore, 7.6% sought professional help for psychological symptoms lasting longer than one year. Some of the most extreme examples include:

Although these long-term mushroom side effects occurred in a minority of users, they are certainly worthy of consideration.

Furthermore, a percentage of users may develop a condition known as hallucinogen-persisting perception disorder (HPPD).

HPPD involves a recurrence of psychedelic effects (sometimes known as flashbacks) several days, weeks, or months after ingestion. It affects an estimated 5–50% of hallucinogen users to some degree. Most cases are mild, but HPPD can occasionally be severe enough to interfere with everyday activities.

It seems that these issues are more likely to affect those with a history of mental illness. However, they are highly unpredictable and can affect previously healthy individuals, even after a single dose.

Long-Term Mushroom Side Effects on the Body and Brain

Long-Term Effects of Mushrooms on the Brain

Most of the long-term effects of mushrooms involve the brain and nervous system. One reason for this is that psilocybin exerts its effects by binding with serotonin receptors.

Serotonin is a neurotransmitter with a wide range of functions. However, it is probably best known for its influence on mood. Therefore, some of the psychological effects of mushrooms can be attributed to psilocybin’s activity at these receptors.

However, it is likely that more complex mechanisms are also at play. For example, many of psilocybin’s effects stem from its impact on a neural network known as the default mode network (DMN).

To reduce the risk of ongoing psychological issues, individuals should only use psilocybin under supervision.

The DMN is involved in numerous cognitive processes, primarily those relating to self-referential thinking. Therefore, overactivity within the network has been associated with mental health conditions such as depression. Interrupting it is thought to induce a phenomenon known as ego dissolution and significantly contribute to psilocybin’s therapeutic effects.

Whether interrupting the DMN also has the potential to cause negative side effects is unclear. However, dysfunction within the network has been linked with schizophrenia and psychosis, which share many features with mushrooms’ adverse psychological effects.

It is also not fully understood how conditions like HPPD arise. Some believe that dysfunction in the serotonin and gamma-hydroxybutyric acid (GABA) systems could play a role, although this is still unproven.

To reduce the risk of ongoing psychological issues, individuals should only use psilocybin under supervision as part of an ongoing therapy program. Doing so will allow any distressing thoughts to be addressed as they arise or immediately after the session.

Furthermore, it seems that taking multiple doses in the same session or combining psilocybin with other substances increases the risk of adverse outcomes. Therefore, people should avoid these behaviors to minimize the risk of harm.

Long-Term Effects of Mushrooms on the Body

When psilocybin stimulates serotonin receptors, it has physical as well as psychological effects. One of the most notable is its influence on the cardiovascular system. It primarily causes short-term effects, such as alterations in heart rate and blood pressure. 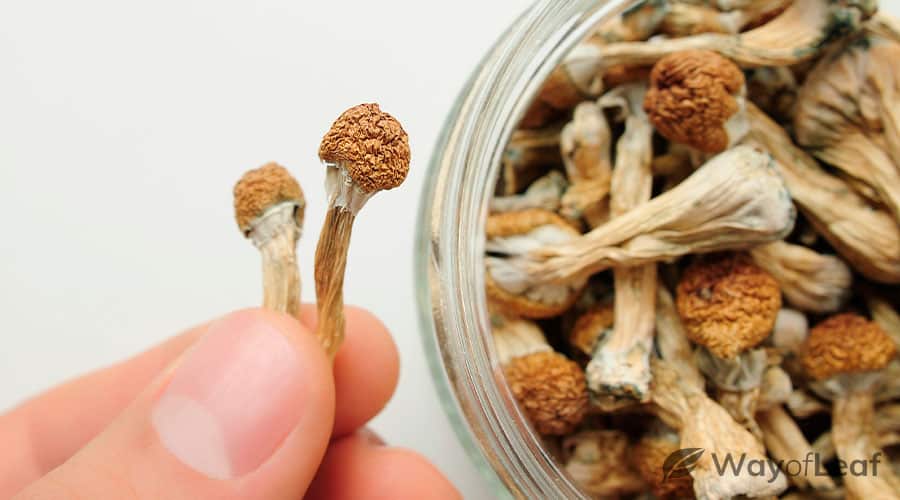 Although these physical effects are transient and rarely dangerous, there have been reports of severe reactions, including heart attacks. Therefore, people with pre-existing cardiovascular conditions, including untreated high blood pressure, should avoid psilocybin consumption.

There is also a risk of physical injury as an indirect result of ingesting psilocybin or mushrooms. For example, individuals may put themselves or others in danger due to erratic behavior while intoxicated. For this reason, it is advisable to only use these substances with professional supervision in a well-controlled environment.

Finally, people who attempt to pick magic mushrooms in the wild could harm themselves due to misidentification. This is a genuine issue as some magic mushroom varieties look very similar to poisonous species. For example, small, brown mushrooms like Psilocybe cyanescens could easily be mistaken for deadly Galerina marginata.

Most people consider the long-term effects of mushrooms to be beneficial. However, in some cases, they could cause ongoing psychological or physical problems.

To reduce the risk of negative long-term effects, individuals should only consume mushrooms with professional supervision. Seek medical advice before ingestion and only proceed if it is safe to do so. Using psilocybin as part of an ongoing therapy program may also help to reduce the risk of adverse psychological effects.