Written by Editorial Team
6 min read
0 comments
Video
Read Later
The following is for informational purposes only. WayofLeaf does NOT advocate the illegal sale, use, or possession of any psychedelics. Be sure to research, understand, and follow all laws and regulations relating to the use and possession of psychedelics in the state or region you live.

Therefore, finding a non-shady seller of shrooms is somewhat challenging. If you have rarely or never used magic mushrooms, you likely have little idea of the going rate when looking to buy them. If a dealer charges you far too much, you can hardly report them to the police!

This article will outline the broad price range of shrooms, accounting for factors such as legality, species, and product type. Hopefully, it will help you to determine what a fair price is should you ever have the urge to purchase magic mushrooms. We also outline other ways of acquiring shrooms that could save you money.

Why Does the Price of Magic Mushrooms Differ?

Unfortunately, it is impossible to provide a straightforward answer when discussing the price of a magic mushroom. Several factors must be considered, although the most pertinent include supply, demand, and geography. 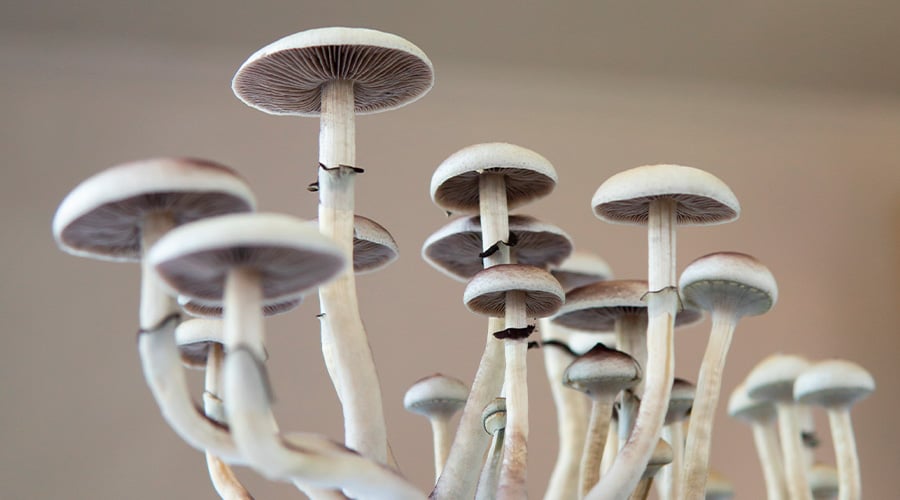 Psilocybin may help open the doors of perception, but its price depends on the laws of supply and demand. In economics, this is the relationship between the quantity of a commodity that someone wishes to sell at different prices and the quantity that prospective consumers want to buy.

In simple terms, the greater the demand for shrooms, the higher the cost. Demand is often, but not always, linked to quality. Therefore, higher-quality shrooms will cost more than mediocre or poor products.

However, when it comes to shrooms, much of what you’re likely to experience depends on dosage, set, and setting. Therefore, make sure you’re well prepared before taking magic mushrooms, particularly if it is your first time.

Now, let’s investigate other factors that account for differences in shroom prices.

1 – The Amount You Purchase

Buying things in bulk saves you money in most cases, and the same rules apply to shrooms. While certain mushroom species may cost $8-$10 per gram, the per gram cost can fall to $3-4 if you purchase a pound (454 grams). Therefore, if you plan to use shrooms regularly and store them properly, you could save a substantial sum by purchasing a higher quantity.

However, remember that you only need a few grams to notice an effect. For instance, a gram is often seen as a good starting point.

2 – The Type of Mushroom Species

There are 180+ species of psilocybin-containing mushrooms. Furthermore, underground cultivation has led to an unknown number of new mushroom strains. Things are simplified somewhat by the fact that many strains come from the Psilocybe cubensis mushroom species. Popular Psilocybe cubensis spore strains include Golden Teachers and Blue Meanies.

Golden Teachers are among the most popular strains, so the price may be higher due to high demand.

Supply and demand for shrooms are often dictated by geography. Sellers in areas where psilocybin is legal may have more customers, enabling them to ask for more money. One would assume that the price of psilocybin in places where it is illegal is much higher. However, as the low cost of black-market marijuana suggests, this isn’t always true.

Nonetheless, in areas where shrooms are decriminalized, such as Oakland, California, it is possible to buy them online. As they are more widely available than their black-market counterparts, you should be paying less.

Traditionally, shrooms are sold in dried mushroom form. However, now that they are decriminalized in some areas, vendors are becoming bolder by offering a wider selection. These days, you can purchase magic mushrooms in the following forms:

The above may seem like good options if you dislike the taste of dried mushrooms. However, prepare to pay for this convenience because you’ll pay substantially more per mg of psilocybin.

How Much Do Shrooms Cost on Average in the U.S.?

Given the different factors involved, finding the price of magic mushrooms in the United States is challenging. One specific issue is determining how much psilocybin a product contains. When you buy shrooms, you must realize that the psilocybin dosage is not carefully measured like a pharmaceutical drug.

Granted, Psilocybe cubensis is the most common species, but it is far from the only one. Different mushroom species contain varying levels of psilocybin. The amount of the drug also differs according to cultivation methods and storage conditions. Therefore, a gram of shrooms could contain between 5mg and 20mg of psilocybin, a marked difference! Unless the product is lab tested, you’ve little idea of its precise psilocybin content.

Does this represent good value? Let’s find out below.

How Much Can I Expect to Pay for a Gram of Shrooms?

The “how much is a gram of shrooms?” question is akin to the age-old query: “How long is a piece of string?” The average cost of shrooms per gram varies depending on the species and vendor, along with the quantity you buy. In virtually every case, you can expect to pay less per gram the more shrooms you buy. 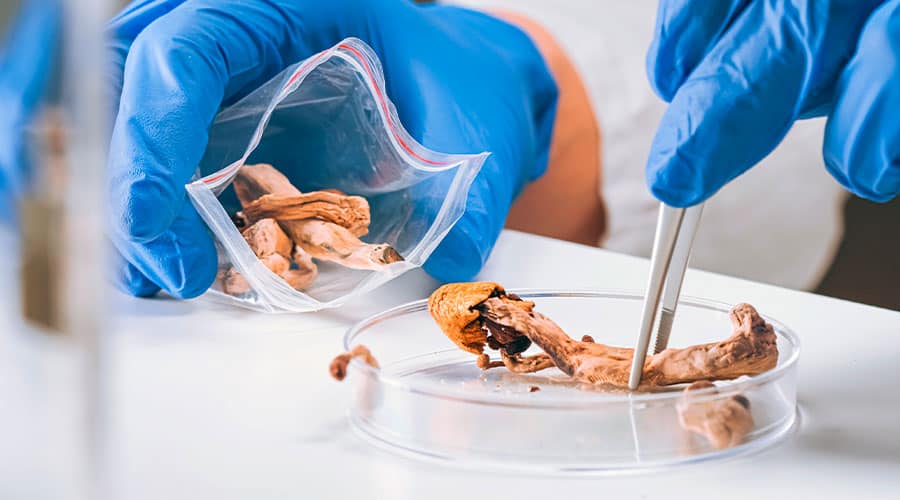 Here’s an overview of what you’re likely to pay per quantity of shrooms.

Is There Any Way to Get Cheaper Shrooms?

Even though most people will begin with a very small dose, you may want to avoid paying $20 per eighth. As it happens, there are a couple of ways to get cheap magic mushrooms if you’re prepared to put in the effort.

This method of acquiring shrooms costs you nothing but time, although many people would argue it is the most important commodity of all. However, apart from saving money, you get fresh air and exercise and put your mushroom knowledge to the ultimate test. Once you know what you’re doing, wild magic mushroom foraging is a rewarding and fun experience.

Alas, if you blindly go into the woods seeking shrooms, you could place your life in danger! Do not consider foraging until you have conducted a TON of research into the various forms of mushrooms in your area. Indeed, experts recommend considering every wild mushroom poisonous until you can prove otherwise.

With over 10,000 species of fungi growing outside, differentiating safe and poisonous mushrooms is highly challenging.

Another low-cost way to get your hands on shrooms is to grow them yourself. Mushroom spores are widely available, and the price tends to range from $20 to $45. Typically, sellers offer spore prints or syringes filled with water and spores.

With prints, companies stamp spores on a sheet of paper by placing a fresh mushroom cap face-down overnight. Syringes usually contain spores and purified water. When you successfully cultivate magic mushrooms from spores, you should have more than enough to experience plenty of trips.

However, while mushroom spores are legal in many places, germinating them is often illegal. You see, spores don’t contain psilocybin. However, once the spores become mushrooms, they contain the psychedelic substance, which is illegal in most locations.

In essence, you’re only supposed to purchase spores for research or educational purposes. Therefore, you use them to grow magic mushrooms at your own risk.

How Much Do Shrooms Cost? – The Final Word

Ultimately, the answer is “it depends.” You’re more likely to pay a high price for shrooms where psilocybin remains illegal. The price also varies according to the species and the quantity you buy.

Although you can purchase magic mushrooms online, the prohibited nature of these fungi means that scam artists are everywhere. It is difficult to find a reputable source; if you get ripped off, there’s little you can do. If you have trusted friends knowledgeable about shrooms who can get you some, this is probably the best route.

Otherwise, you may want to try your hand at growing them. Foraging is another option but one filled with danger if you don’t put in the research.

Should you elect to grow, forage, or buy magic mushrooms to use them, remember that you could get into legal trouble if caught. Furthermore, it is essential to use a very small dose at first. Otherwise, you could experience a trip that’s unforgettable for all the wrong reasons!