Humans have used hallucinogenic fungi, such as Psilocybe species, for centuries. Historically, they were a crucial component of healing and religious rituals throughout Mesoamerica. The Aztecs famously referred to them as teonanácatl, meaning ‘flesh of the Gods.’

Other types of magic mushrooms, like Amanita muscaria, were integral to shamanic traditions across Eastern Europe and Siberia. Many experts also believe these fungi were a key ingredient in the divine soma drink mentioned in the sacred Hindu text, Rig Veda.

In addition to these well-known examples, many other mushrooms have hallucinogenic properties. Here is our complete guide and our top mushroom spore brand.

The Most Common Types of Psychedelic Mushrooms

Before we discuss the different types of psychedelic mushrooms, a brief note on identification is necessary.

While many species of magic mushrooms grow throughout North America and Europe, picking them in the wild is a risky practice. They can be challenging to identify accurately, and mistakes could lead to potentially fatal poisonings.

Furthermore, the practice of gathering and preparing psychedelic mushrooms is illegal in most areas. Therefore, readers should view the information in this article as being for educational purposes only. We do not recommend harvesting wild mushrooms for any reason. 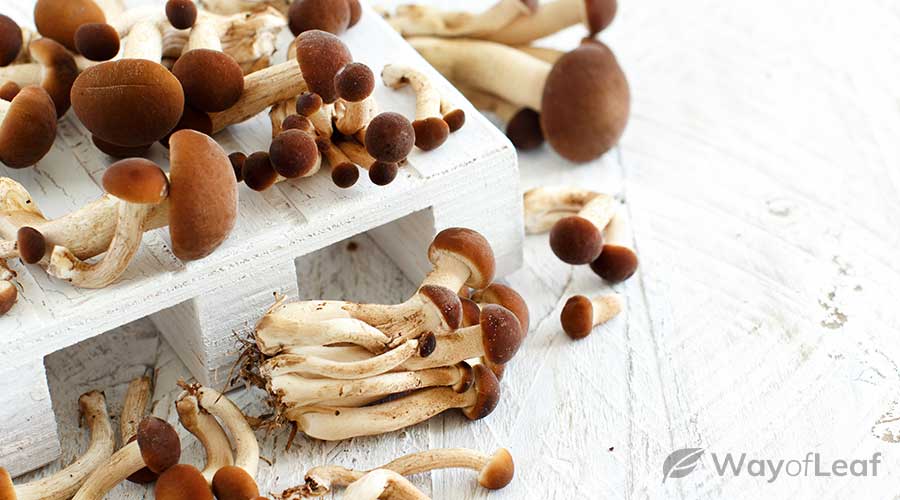 That said, the study of magic mushrooms can be hugely rewarding. There are over 200 mushroom species with some degree of psychedelic activity. The best-known of these come from the genus Psilocybe. Some common examples include P. cubensis, P. semilanceata, and P. baeocystis, which we discuss in detail below.

There are also many other Psilocybe species, all of which possess hallucinogenic properties. These mushrooms contain various active compounds, including the indole alkaloids psilocybin, psilocin, and baeocystin.

Psilocybin is probably the best known and has become the subject of extensive research. Recent studies suggest it could benefit those living with depression, anxiety, addiction, and more.

In the body, psilocybin converts to psilocin via a process known as dephosphorylation. It then binds with serotonin receptors to produce its distinctive effects on the body and mind.

There are many Psilocybe species, all of which possess hallucinogenic properties.

Although it is less potent than LSD, psilocybin’s effects are somewhat similar. They include amplification of the mood and senses, altered thinking patterns, and hallucinations.

Psilocybe cubensis mushrooms, also known as cubes or gold caps, are among the most common psychedelic mushrooms. They grow across the United States and are associated with cattle ranching, often appearing on or near cow dung. They are also among the easiest types of magic mushrooms to cultivate indoors.

P. cubensis have reddish-brown caps when young and eventually lighten to a golden color. Their gills are pale and grayish, turning purple to black with age. Their spore print is dark purple to brown.

One distinguishing feature of P.cubensis is that their flesh can bruise blue when handled. This characteristic is also common among other Psilocybe species.

Psilocybe semilanceata are also known as liberty caps. They are widespread across North America and Europe, growing in open grasslands, such as meadows, parks, and lawns.

P. semilanceata caps are cream to whitish-gray and bell-shaped, with a nipple-like protrusion (umbo) at the top. They have long, slender stalks and cream-colored gills that darken as they release their purple-brown spores.

P. baeocystis have dark olive to buff-brown caps but are occasionally metallic blue. They may turn blue or greenish-blue as they age and also when damaged. Their gills are grayish to light brown, and they produce a dark purplish-brown spore print.

Other Kinds of Magic Mushrooms

In addition to Psilocybe species, there are several different kinds of magic mushrooms. Many of these also produce psilocybin, including certain mushrooms from the following genera:

However, not all mushrooms in all of these genera are hallucinogenic. Furthermore, some only contain low levels of psychedelic compounds and are more likely to cause sickness than an enjoyable experience.

All you need to know…

Others can be challenging to identify and may easily be confused with dangerous species. For example, Gymnopilus junonius, also known as laughing gyms, are a relatively common species. They have large, yellow caps and grow in clusters on tree stumps and logs. Unfortunately, they are easy to confuse with deadly Galerina species. Even their rusty-colored spore prints are similar.

One mushroom that is difficult to misidentify is Amanita muscaria, also known as the fly agaric mushroom. It is the quintessential fairy-tale toadstool with its red and white-spotted cap. Fly agaric is steeped in mythology and a vital part of Eastern European shamanic traditions.

Unlike the other mushrooms in this article, A. muscaria does not contain psilocybin. Its primary active compounds are ibotenic acid and muscimol, which both significantly affect the central nervous system.

Ibotenic acid acts similarly to the excitatory neurotransmitter glutamate. It causes hallucinations but can also induce agitation and seizures. To avoid these side effects, experienced consumers thoroughly dry their A. muscaria before use. Doing so converts the ibotenic acid to muscimol via a process called decarboxylation. 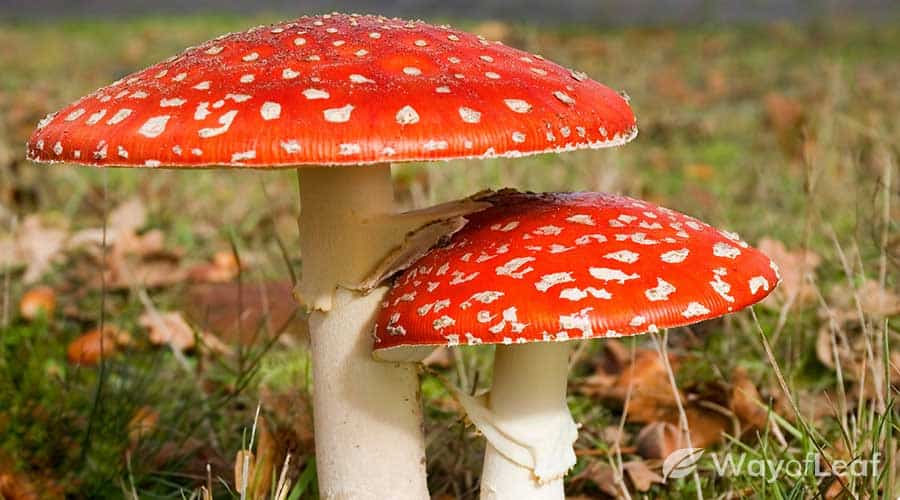 Muscimol acts similarly to the inhibitory neurotransmitter gamma-aminobutyric acid (GABA). It depresses the central nervous system to produce a state of sedation that some have likened to being drunk. It also appears to have neuroprotective properties, leading scientists to suggest it may benefit neurodegenerative disorders, including Parkinson’s disease.

Although \A. muscaria\ is fairly easy to identify, its close relatives are among the deadliest in the fungal kingdom. Amanita phalloides, also known as death caps, contain high levels of chemicals called amatoxins.

They cause gastrointestinal distress and liver failure, with a high mortality rate. Therefore, it is best to appreciate Amanita mushrooms in their natural habitats rather than attempting to harvest and prepare them.

Summary on Types of Magic Mushrooms

There are hundreds of types of magic mushrooms, although some are better-known than others.

Psilocybe species are among the most common and the most hallucinogenic due to their relatively high concentrations of psilocybin. Other psilocybin-containing mushrooms are less reliable, either due to low levels of the psychoactive compound or challenges regarding identification.

There are hundreds of types of magic mushrooms, although some are better-known than others.

Amanita muscaria is rather unique in its active constituents and effects. It is widespread and comparatively easy to recognize. However, consumers must prepare it correctly to avoid unpleasant side effects, and misidentification could prove lethal.

Because of these challenges, it is advisable only to use magic mushrooms that have been professionally harvested and prepared. Furthermore, consumption should only take place in safe and supportive settings in locations where it is legal to do so.