Psilocybin is a psychedelic compound found in fungal species known as “magic mushrooms.” It can significantly alter mood and perception, and humans have used it for religious, spiritual, and therapeutic purposes for millennia.

The Swiss chemist Albert Hofmann first isolated psilocybin from Psilocybe mexicana mushrooms in 1957. The following year, he synthesized the chemical, and research into its effects began. However, the 1970 Controlled Substances Act made psilocybin illegal, halting progress for several decades.

Research resumed in the early 21st century, and recent studies on psilocybin have yielded promising results. They have demonstrated the compound’s potential to assist numerous conditions, including depression, anxiety, and addiction. This has led to a growing acceptance of the substance, although it remains illegal in most places.

This article explores the effects, benefits, and risks of psilocybin use. Read on for our in-depth guide.

The effects of magic mushroom use vary significantly depending on the dose and environment where they are taken.

Some of the most common psilocybin effects include:

These effects tend to begin 20–40 minutes after ingestion, peaking at 60–90 minutes and lasting for 3–6 hours in total.

Although many people enjoy the experience, psilocybin can also cause some unpleasant side effects. We will discuss these in detail below.

Psilocybin can cause both physical and psychological side effects. Some of the most common examples include:

These side effects are more likely to occur with higher psilocybin dosages. In some cases, individuals may have a challenging experience, characterized by extreme paranoia or fear.

There have also been reports of long-term side effects after taking magic mushrooms or psilocybin. Therefore, it is currently recommended that people with a personal or family history of psychosis refrain from psychedelic consumption. People with pre-existing heart conditions should consult a physician before use.

It is essential to use magic mushrooms responsibly and prepare well before ingestion to reduce the likelihood of side effects. It is best to seek professional supervision from a psychedelic guide or therapist wherever possible.

How to Use Psilocybin

Most people use psilocybin in the form of magic mushrooms. However, synthetic psilocybin is also available and tends to be used in research studies as it is easier to standardize the dosage. Most studies employ psilocybin doses of 20–30mg, considered enough to provide therapeutic value with minimal adverse effects. 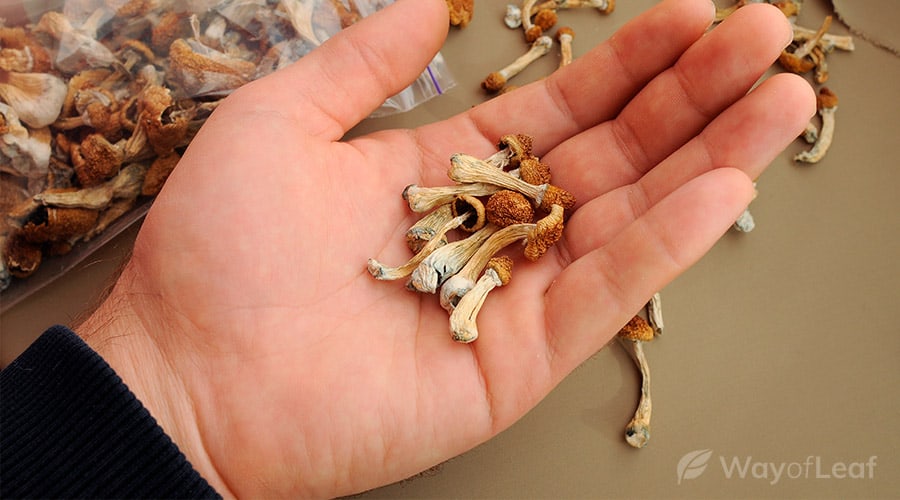 Calculating an appropriate magic mushroom dosage can be more challenging. Because they are a natural product, their psilocybin content can vary greatly.

Many sources suggest 1–5g of dried mushrooms (10–50mg psilocybin) as a dose, although the Oregon Psilocybin Advisory Board recommends 1–4g (10–40mg psilocybin). Certainly, doses above 3g (~30mg) are considered very high, with an increased risk of side effects.

Most people prefer to use dried rather than fresh mushrooms because they are easier to consume. It is possible to steep them in hot water to make mushroom tea or mix them with other food to disguise their bitter taste. However, it is best not to consume mushrooms with or after large meals as this will delay the onset of effects.

How Long Does Psilocybin Stay in Your System?

In the body, psilocybin is rapidly converted into another chemical called psilocin. It is this compound that binds with receptors in the brain to produce psychedelic effects. Therefore, psilocybin is technically a pro-drug rather than a psychoactive substance in itself.

Psilocin can be detected in the blood around 30 minutes after psilocybin ingestion, plateauing after 50 minutes and reducing over the next few hours. The substance has a half-life of 163 minutes, meaning that the amount in the body reduces by half every 163 minutes. Therefore, a dose of 25mg would be metabolized as follows:

The DEA’s Controlled Substances Act (CSA) categorizes psilocybin as a Schedule 1 substance. It has remained illegal in most places since the CSA passed in 1970.

However, recent research has demonstrated psilocybin’s therapeutic potential and found it relatively safe. Therefore, there is a growing acceptance of the substance in some areas.

Denver and Oakland both moved to decriminalize psilocybin in 2019. Then, in 2020, Washington D.C. decriminalized the use of certain psychoactive mushrooms and plants. In the same year, Oregon went a step further and fully legalized psilocybin for adult use as of 2023.

A handful of other countries also permit psilocybin or magic mushroom consumption to various extents. To learn more, check out our article on where to take magic mushrooms legally.

The current relaxation of psilocybin laws in some places is due to a growing body of evidence regarding its medical use.

Most research has focused on mental health, and the FDA has designated psilocybin as a breakthrough therapy for depression. Furthermore, a 2017 review found psilocybin to be effective for a range of other mental health conditions, including:

Additionally, some research suggests that psilocybin could have analgesic properties. It has shown promise as a treatment for cluster headaches, chronic pain, and phantom pain. However, research into how psilocybin can help these conditions is ongoing.

How to Join a Magic Mushroom Study

Taking part in a psilocybin study is one of the best ways to experience its effects in a safe and supportive environment. It also helps scientists understand how the compound affects the body in states of health and disease and could influence future law changes. 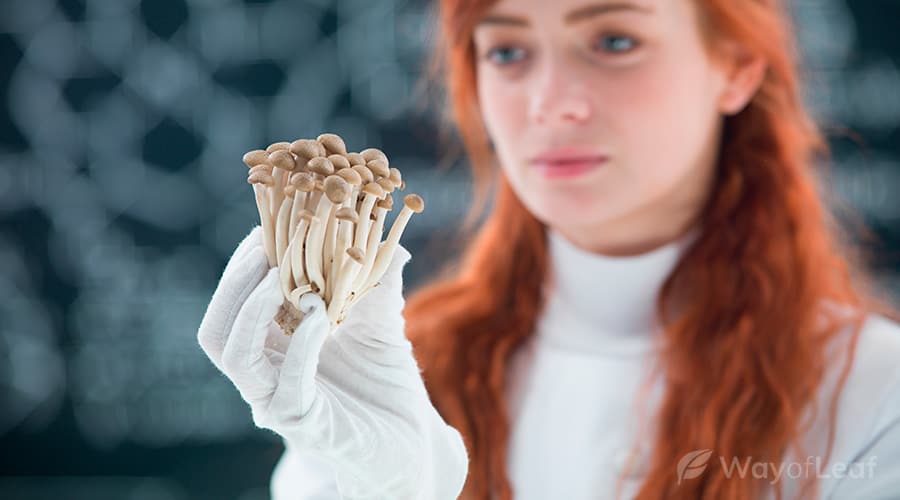 The Center for Psychedelic and Consciousness Research at Johns Hopkins University is one of the most prominent psychedelic research centers in the USA. They are currently recruiting for numerous studies, including how psilocybin affects eating disorders, Alzheimer’s disease, healthy individuals, and more.

To learn more and find out whether you are eligible to apply, visit the official website hopkinspsychedelic.org.

If you plan to use psilocybin outside of a research setting, you can still contribute by answering an online survey. Doing so will help further our knowledge of the substance and benefit generations to come.

Psilocybin is the chemical responsible for magic mushrooms’ psychedelic effects. It has a wide range of therapeutic applications and is becoming accepted for medicinal use and personal development.

Although psilocybin is relatively safe, it can cause side effects, some of which may be serious. Therefore, individuals should consume psilocybin in a controlled environment and preferably undergo medical screening before use.

It is also essential that individuals familiarize themselves with the latest laws regarding psilocybin and magic mushrooms in their area. While there is a growing trend toward decriminalization and legalization, the penalties associated with illegal use are potentially severe.